Date of Birth to Date of Death (if necessary)

Resides or Place of Passing

Cemetery Plot (Delete this and Map if they are alive 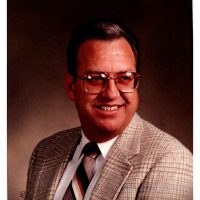 JOHNSON CITY – Jerry E. Weems, 78, returned to his heavenly home on Friday, November 12, 2021. His devotion to his family and his firm belief in Jesus Christ supported him through his health struggles and ultimately gave him peace.

Jerry was born in Greeneville, TN, on August 22, 1943, to father Paul Weems and mother Mabel Williams. He grew up helping to tend to the family’s small farm, instilling in him a tremendous work ethic.  His desire to take care of his family and his quest for adventure led to him to enlist in the United States Air Force at age 17.

Upon his successful retirement from the military, Jerry built a strong civilian career at Eastman Chemical Company. Despite his success, Jerry was most known for his love and dedication to his family, church, and community.  His children were the pride of his life.  He was also renowned for his finesse in the kitchen–chicken salad, potato salad, pimento cheese, and no-bake cookies were a few of his staples at all social gatherings.

Through his generosity, humility, and fun-loving spirit, Jerry impacted everyone he met—even to his last days.  He praised Jesus through the good times and bad, and his testimony was an example to all.  He is dearly missed by his loved ones, who celebrate the fact that he is at peace with his Creator.  There is no doubt that he entered heaven as a “good and faithful servant,” as he spent a lifetime selflessly serving and loving those he encountered in the name of Christ.

In addition to his parents, he was preceded in death by his wife and best friend, Trula Faye Weems; brothers, Leroy and Charles Weems; step-brothers, Toy and Carroll Weems; step-sister, Betty Jo Weems McCurry; and granddaughter Kelsey Weems.

Pallbearers will be family and friends.

In lieu of flowers, the family asks that those wishing to honor Jerry to consider sponsoring a child, elderly community member, or family in need during the holidays.

The family would also like to thank the staff of Holston Valley Medical Center and the James H. Quillen VA Medical Center who lovingly cared for Jerry before he went to be with the Lord.

If you have the funeral service recorded, please email us at info@originlyfe.com

If you would like to purchase a memorial tribute for $60.00 that allows you to honor this person. If you would like a demo or already have a tribute video, please email us at info@originlyfe.com

Please confirm you want to block this member.

You will no longer be able to:

Please note: This action will also remove this member from your connections and send a report to the site admin. Please allow a few minutes for this process to complete.

You have already reported this